Another week has gone by and it has been a wonderful week for the church with the baptism of Michael Clarke. For this weeks blog we have added the video of the baptism for you all to see. God Bless.

Posted by The Latter Day Church of Jesus Christ at 3:13 pm No comments: 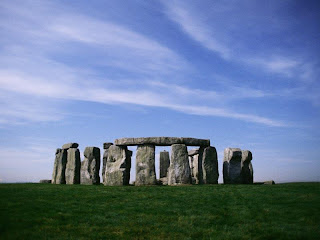 Firstly we would like to thank all those that have been emailing us and sending questions to be raised on the video presentations, we thank you for your continued support and your help, God bless you.
Well it has been one of the most exciting weeks that the church has had for a long time. On Sunday just gone we had and investigator meet with us and after our services and a meeting with the prophet he has decided to be baptised. Michael our investigator is a wonderful person who will bring a lot to the church. He has a spirit that shouts out with the love of the Lord, I’m sure that Michael will be a wonderful member and brother, we look forward to working and worshipping with him. Michael’s baptism will take place on Sunday the 27th of April and of course it promises to be a wonderful event.
The Latter day Church of Jesus Christ also has its first General Assembly of the year coming up on the 4th of May. The General Assembly which is the first one of the year always promises to be a wonderful event which sets out the year’s goals and aspirations for the year. If you wish to come to the general assembly then please call in advance for the start time.
This week we will not be having a video presentation that will continue next week however we would like to share with you a wonderful poem written by the Prophet Jospeh Smith-

This poem was published in the Church's official paper, the Times and Seasons on February 1, 1843. In this poem it tells of a vision that Joseph had had, Joseph had beheld a heavenly vision in which he was shown the condition of those individuals who inherit Celestial Glory. He tells of having been given the knowledge that they who attain Celestial Glory will be "equal in power, dominion and might, with a fullness of glory and grace, round Heavenly Father's throne."
Not only was Joseph’s vision and poem made available to the Church members in America, but it was also published in Liverpool, England, in the Church's paper, The Latter-Day Saints' Millennial Star for August 1843, it was also printed in New York City in the New York Herald.

Joseph's Poem in Its Entirety
I will go, I will go, to the home of the Saints Celestial Glory,Where the virtue's the value, and life the reward;But before I return to my former estateI must fulfil the mission I had from the Lord....
I, Joseph, the prophet, in spirit beheld,And the eyes of the inner man truly did seeEternity sketch'd in a vision from God,Of what was, and now is, and yet is to be....
For while in the act of translating his word [producing the Inspired Version],Which the Lord in his grace had appointed to me,I came to the gospel recorded by John,Chapter fifth and the twenty ninth verse, which you'll see.
Which was given as follows:"Speaking of the resurrection of the dead,—"Concerning those who shall hear the voice of "the son of man—"And shall come forth:—"They who have done good in the resurrection "of the just."And they who have done evil in the resurrection "of the unjust."
I marvel'd at these resurrections, indeed!For it came unto me by the spirit direct:—And while I did meditate what it all meant, The Lord touched the eyes of my own intellect....
I beheld the celestial, in glory sublime; Which is the most excellent kingdom that is,—Where God, e'en the Father, in harmony reigns; Almighty, supreme, and eternal, in bliss.
Where the church of the first born in union reside,And they see as they're seen, and they know as they're known;Being equal in power, dominion and might,With a fullness of glory and grace, round his throne.
(Times and Seasons 4 February 1, 1843 also The Latter-Day Saints Millennial Star 4 August 1843 and the New York Herald March 8, 1843)
God Bless you all for your continued viewing of the blog. we are sorry fpr any problems the last artical may have casued but we hope that this peopm makes up for what was a clerical oversight.


Posted by The Latter Day Church of Jesus Christ at 9:35 am No comments: 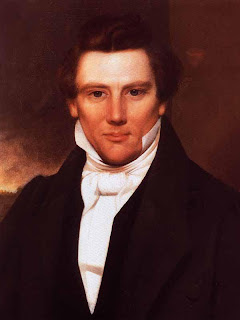 Hello and welcome once again to this weeks blog. The Latter Day Church of Jesus Christ is working toward a lot of goals at the moment and the work that we are about is progressing nicely. We have had a lot of emails and lot of people viewing last week’s video by Elder Philip Gill. This week Elder Gill is doing a video presentation with regards to Zion’s camp. Elder Phil Gill a presiding officer in The Latter day Church of Jesus Christ makes a fresh appeal for funds for the establishment of Zion’s Camp and also talks about the topic of responsible husbandry of the earth.

We have had a magnificent week with people coming forward and contacting us with regards to joining the church. We are going to be having an investigator come and meet with us on the 13th of April and hopefully God willing he will feel the Spirit and join the church. We are just so overjoyed that someone has heard the message and they have felt the Spirit and they have felt that Matthew Gill our Prophet is called of God. Once again we call on all those that are in the LDS (Utah) Church and the other Mormon and Christan denominations that feel that they have been ignored or feel disenfranchised and feel that they have lost that personal connection with the Saviour Jesus Christ to come and talk to us and join with us, we have a lot to offer and we can give you back that personal relationship with Christ. It is great and overwhelming to know that the work that the Prophet Joseph Smith Jr started is finally being continued and is being appreciated, and that it is being done here at The Latter Day Church of Jesus Christ.

We hope that Elder Philip Gill appeals for money for Zion’s Camp do not go unheard and that you donate. If you desire to donate please go to paypal and donate tan amount that you feel is appropriate. Please donate it to latterdaychurchofchrist2006@yahoo.co.uk marking it for the attention of Zion’s Camp fund.

God bless you all and have a wonderful week. Next week Apostle David Smith will be making a video presentation, please look out for that.
An Appeal for Funds for Zions Camp

Posted by The Latter Day Church of Jesus Christ at 4:17 pm No comments: