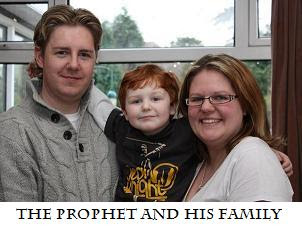 Throughout the history of the world. The majority of people have never been able to recognise a living Prophet. Only a few were able to believe that God could speak to a man who wears the common clay of ones won generation. The rest of the people would idolize the prophets of the past, while they stoned and killed or even persecuted the living Prophets of the present. It is a fascinating study of human nature to see how these people would usually honour the Prophets of the past. Once the Prophets were dead, they would place them on imaginary pedestals, turning them into perfect individuals who had never made a single mistake. Then they would make a selection from their teachings which suited their own particular tastes, and smugly go about living their, lives of wickedness while mouthing a few popular phrases which identifies them with these servants of God.

But men cannot do this with living prophets. Living Prophets will denounce these hypocrites who say they are followers God but instead obey their won licentious desires. Living prophets will not allow men to pick their teachings to pieces and construct a crazy quilt pattern of personal interpretations which matches popular opinion. This is why Prophets are seldom popular with their own generation.

It is the task of the people of each generation to discover weather or not God has risen up a living Prophet for them. The Bible teaches that whenever Prophets are raised up, certain things will begin to happen. Doctrines will be clarified. New truths will be revealed. Prophecies will be given. The kingdom of God will be revitalised and every honest seeker after truth will be able top observe the power with witch a true prophet carries out his mission. In all of holy writ there is not one single instance where God ever selected a professional holy man to be one of His Prophets. In every case the call came like a bolt out of the blue, often to men who considered themselves weak and incapable and were amazed that God should honour them with revelation or consider them worthy of a prophetic calling. In many cases the work progressed slowly. People said God would not speak to a mere normal person. They held aloft their scriptures containing the writings of prophets from the past and said that this was all the revelation they needed. They said that the new young prophet was making up his revelations, that they weren’t form God. But this was to be expected. These people could not recognise a living prophet any more that the people could at the time of Christ.

In our case much of what is written above is the case. I am a normal man with a normal life and family, but God has called me to be a Prophet and today the gospel doctrines are being clarified, new revelation is being brought forth and people are being awakened to seek the truth.

Much has been said of late about the secrets that Stonehenge and surrounding areas hold. A couple of weeks ago a Time Team special was aired in the UK about the secrets of Stonehenge being solved. I was able to see that time team special and was amazed at just how much information they had discovered that inadvertently supports the book of Jeraneck. It was a wonderful programme that dealt with what the team thought Stonehenge was built for, although we do not agree with much of what was said we do agree on some of the facts that were brought out. Before I go in to some detail it must be noted that on the Time team Special Tony Robinson the

programme presenter made a statement about archaeologists coming up with theories to prove their own point of view. This must be strongly understood by any one who thinks that archaeologist’s theories are all sound and irrefutable. Archaeologists when faced with a problem they can not prove come up with theories that suit the current situation or there own point of view. This was exampled on the show a couple of times when Tony Robinson said to a member of the archaeology group “You don’t know do you” in answer they said "no" but it was ‘probably the case’ they don’t know they only theories many points about Stonehenge.

On of the things that they have been finding a lot at Stonehenge is bodies or graves. On the show they numbered a small number of bodies or remains that they have found in a and around the stone monuments that make up Stonehenge. This backs up the Book of Jeraneck. In the book of Jeraneck we know that people were killed at Stonehenge in a bloody battle. We also know from the Book of Jeraneck that many of the bodies were burned or left to rot on site. A great highway lead to the temple in says in the book of Jeraneck. It just so happens that they have high way leading to the Stonehenge site a great chalk highway. They have also found a small village near Stonehenge and they know that people lived near by. Lots of examples were given in the programme that after reflection back up the record kept by the people of light and back up the words of Jeraneck. On of the things that they found on the programme was a large stone or stones that were places as a marker they thought to lead the way to Stonehenge. In the book of Jeraneck we know that the people erected a great stone near to the temple in the tribute to Sharaneck for being great leader, could this be the same stone? I think its worth remembering that if a dig was done on Stonehenge to prove the validity of the book of Jeraneck you could find much evidence to support it, but on the other hand much could be found to discredit it. Although finding evidence and tangible proof is nice it should not be the basis of a testimony in its validity one should do as Jeraneck asked us to do and pray about its truthfulness.

I believe that Stonehenge is a sacred place indeed all around about the area are great monuments and building that were left behind by a great race of people it is nice to see that the fruits of the people of the Book of Jeraneck can still be seen even today, but I believe that it should stand as warning to us. Look upon their lost civilisation and ask what we are doing to avoid the same fate.

Posted by The Latter Day Church of Jesus Christ at 10:34 am No comments:

Dear friends after a week or so delay the Spring GA is now available. We have posted it here on the blog site for your ease and convenience. It is also available on YouTube if you wish to see it there.
Once again we apologise if you have been waiting for a while to see the recording of the General Assembly. We thank you for you patience and hope that you enjoy just as we did the Spring General Assembly. God bless
Spring GA2009 Part One 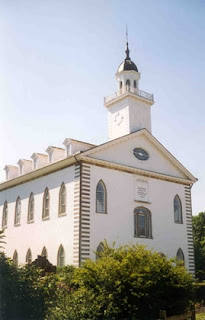 On Sunday the 31st of May The Latter day Church of Jesus Christ held its 4th Annual Spring General Assembly Meeting. It was a wonderful meeting witch was filled with the spirit and one that is eagerly anticipated by our friends overseas. The GA was conducted by the Prophet and the speakers included Elder David Smith who spoke about his strong belief and testimony of the church and the gospel and his love for the Book of Jeraneck. He was followed by a short testimony from Elder Phil Gill, who was then followed by Sister Vicki Gill who gave two wonderful spiritual thoughts that drew laughter and enjoyment from all present. The final speaker was the Prophet who spoke about the wrongs done to Joseph smith and his wrongful association with polygamy.

However Due to a technical problem the recording of the conference which is now on tape is still waiting to be put on to the computer so that it can be posted on to the blog site. It is hoped that this will soon be solved and the recoding of the General Assembly that took place on Sunday will be available for all to see and enjoy.
God Bless
Posted by The Latter Day Church of Jesus Christ at 12:02 pm No comments: