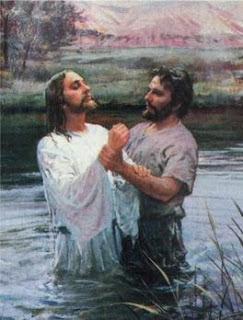 On the 15th of June 2008 Kyle & Andrew Alverson were baptised as members of The Latter Day Church of Jesus Christ. This is a chance for all our viewers and readers to watch the event as it happened that Sunday morning. We would like to thank everyone for the help they gave that day and for making it such a wonderful event for Kyle & Andrew.
We wish Kyle & Andrew all the best in their church life and we hope that the Lord will keep and uphold them.

Posted by The Latter Day Church of Jesus Christ at 7:54 pm No comments: 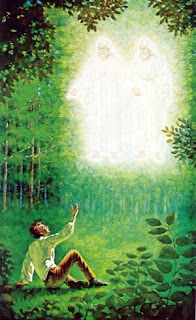 It is with great pleasure that I the Leader and Prophet of The Latter Day Church of Jesus Christ have the opportunity to write this week’s blog. The past week has been one that has lifted my resolve and my spirits, I have seen the Lord work his might miracle and I have seen him do wondrous things to the hearts of men who are willing to open their hearts to the whisperings of the Holy Ghost. I would like to take the time to publicly thank our Friends in Australia for their love and their support, we really do appreciate your emails they lift my spirits and its good to know that we have friends, thank you once again. On Friday just gone myself and a few of the priesthood of the church were able to spend a wonderful time together with friends reading talking and studying the gospel, we were blessed with a revelation from the Lord during our studies and time together and that in itself was a glorious thing to behold.
However the world never lets the work of the Lord go on without people wanting to bring it down or who wish to drag through the dirt the name of the Prophet Joseph Smith and that glorious work the Book of Mormon. I had the displeasure of seeing the video on youtube by Shazoloo and I have to say that I am very disappointed that he chose to attack the Book of Mormon with such venom. Although I respect him for his views and I respect him for his love of the Saviour, it seems to me that lately he has found any possible reason to attack the Book of Mormon and therefore the Prophet Joseph Smith. The arguments that he puts forward to destroy the Book of Mormon as a book of scripture and a book of God although eloquent in their tone are nothing more than what I expect from a born again Christian. The Book of Mormon does in many ways contradict the Bible but this is only because the Bible although a record and a collection of the teachings of the Jews and the early Christians is not infallible. It has many errors in it due to the fact that it has been through so many people’s hands and it has been used by men who would have the Bible used for their own edification or for their own wicked designs. However I understand that the Bible is the word of God, but this can only be truly trusted as far as it is translated correctly. 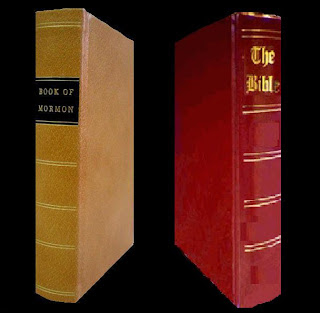 The argument that I have just put forth for the Bible can be said of the Book of Mormon, if you know its history. The Book of Mormon was first published in 1830 and since the death of the prophet Joseph Smith it has gone through revision after revision and change after change. For example the Community of Christ have a version that is totally in new English and it has been watered down so much that it has nothing resembling the original about it. The LDS church has revised their edition so many times and they have even taken and altered bits form the original. However the difference between the Bible and the Book of Mormon is that we have an original edition of the Book of Mormon. The manuscript is still available for people to see; indeed you can buy a replica of the original copy with the same text and print as was found in the edition that The Prophet Joseph Smith had printed at the E.B. Grandin bookstore in Palmyra, New York. As you may be aware no one can get a copy of the original manuscripts of the Bible as many people wrote them and many of them have never been seen since the person who wrote them finished them.
I have posted a video response to the video on you tube and I hope that who ever view's this blog will enjoy it and find it informative. I hope that Shazzolo comes back to us and that we can have a healthy sensible debate on many of the issues that he raises and let it be a discussion that is done with respect and with Christ like attitudes, because that is what should be done when talking about the Gospel of Christ. However I would say to him that maybe he is being led astray by not reading and praying about the book of Mormon or even the Book of Jeraneck, may be it’s him that needs to be more influence by the spirit of Christ and not the other way around.
God Bless.

Should We Pray About The Book of Mormon? YES!!

Posted by The Latter Day Church of Jesus Christ at 1:11 pm No comments: