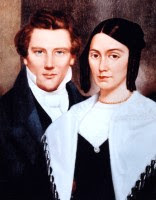 It has been a long month for the church. We have been busy doing a lot of changes that were announced at the General Assembly meeting last Sunday. We have been given the use of the local Village hall to meet in and that is a great blessing. The recording of the General Assembly will be posted on here as soon as we have gad it back and it has been edited.
We were so pleased to be able to meet as a body of saints and to be able to sit in general assembly and be able to conduct ourselves in conference in the name of the Lord. A lot of things took place and the business of the church was conducted. The name of the church was sustained as The latter Day Church of Jesus Christ, Matthew Gill was sustained and upheld as Prophet, seer, revelator and translator of the church. Our scriptures were sustained and we upheld the use of the Inspired version of the Bible, the Book of Mormon, the Doctrine and Covenants, the Book of Jeraneck and the Book of Prophesy and Revelation. All in all it was a fantastic meeting and we look forward to our next.

Apart from our General Assembly meeting we have been in constant contact with The Church of Jesus Christ Restored 1830. we have been talking to them and trying to find common ground. The prophet says that we are making headway and that there last correspondence was very good. However i have been told by the prophet that we are not to get carried away, it is very early days and the Lord will be the decider of what goes on not us. We wish to apologise if we have said things that have been misunderstood and taken out of context.

We conclude this weeks post and say to you all, come and worship with us and hear a modern day Prophet speak. God bless. and may you have a great week.
Posted by The Latter Day Church of Jesus Christ at 12:29 pm No comments: 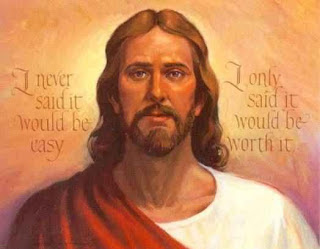 Another week another blog post. Hello and welcome. We hope that the past week has been kind and that the Lord has blessed your week in abundance.
This week’s blog is extremely exciting for The Latter Day Church of Christ. We have some wonderful things to share with people and also a response to further persecution and accusation that is flying around many parts of the LDS Church.
Firstly the news. We have now received our Advertising pack form the publishers and we must say that they are fantastic. A picture of our main poster can be seen on this post. We will be doing some proselyting in the Coopers Square in Burton Town Centre within the coming weeks and we hope to be able to impart to people a little knowledge and spirit. The Latter Day Church of Christ is also in possession of the Translated version of the Bible by Joseph Smith. The Prophet Joseph Smith began this revision in 1830 and completed the initial revision by July 2, 1833. In one of the new Revelations by the Lord our Prophet Matthew Gill 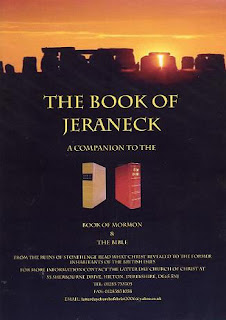 was told to use this Bible, so now we have it and we plan top use it. The work has begun transposing and also layout and the full work should be completed by the end of June. Also the Book of Prophesy and Revelation is ready for the printers and has just been passed by the “Office of Prophet of the church” We have also had a revision of the Book of Jeraneck passed so we have lots of works going to the publishers in the next couple of weeks to months. The Fist General Assembly Meeting of The Latter Day Church of Christ will take place on the 27th of May and we welcome all people to attend and to feel the spirit of the Lord and to also hear a Modern Prophet of the Lord. All said the work of the kingdom is progressing very well. Now I will hand over the remaining Blog Post to our prophet Matthew Gill:-
It would seem that people are either not paying any attention to our blog our to the information that we are giving out or they are deliberately being offensive just to cause offence. May I just stress once again to all the LDS Mormons that we do believe in many of the same things but on others we have to Part Company. It would seem that you give no credence to your own Articles of faith, which I have quoted many times on this blog site. The Latter Day Church of Christ do not believe that your church is led by a Prophet of God and that you have no base for such a claim, however I would never stop speaking or associating with LDS Mormons because of that. However it seems that many LDS members feel that they have a right to go around slandering our church and also myself and those associated with the church. How sad it is when people who profess to believe in a God of love do not show that countenance in their own lives. I know that God lives. I know that the Gospel of Jesus Christ as contained in the Translated Bible, the 1835 Doctrine and Covenants, the Book of Mormon the Book of Jeraneck and the Book of Prophesy and Revelation is true and that I was chosen to be a mouth piece for the Lord in these last days of trouble a and strife. I will never deny that and I don’t see why we should be asked to.
Many of the LDS Mormons that I know have very little knowledge of our church and for that matter of their ownlet alone the basics of the Gospel. It would seem to me that it would be a very good idea to first obtain that knowledge before accusing us of things that are unfounded. I would urge all the LDS Mormons that I know to learn more of the history of the church and to look a little deeper,at their own the cracks are there I don’t believe that you are looking hard enough, some of you don’t want to look at the history of your church because you are of the opinion that you don’t need to. A great historian once said “Those who don’t learn from history are bound to repeat it” I think this statement could be directed at the LDS church.
To You I say this the harder you persecute us the harder our resolve will become. We have a duty and a job to do that is divine. As Joseph smith said “No unhallowed Hand will stop the work progressing” We will do what the Lord has commanded. To the people I know personally, and you know who you are I say this. You know me; you know what I have said to you personally, you will find nothing in what I have said about the Gospel or about the History of the church that is untrue. Put the Book of Jeraneck to the test, put the words of Jeraneck to the test and read and pray about it. You will find nothing in what the Latter Day Church of Christ teach that is wrong. Once again I call upon you to speak to us directly and to come to me and ask me directly or any of the presiding presidency we are here to answer any questions you may have. Amen.
I would like to thank the prophet for the time he has taken in past weeks to answer the persecutors personally. Now for our message for the week we hope that you find this week’s message insightful and educational.

Joseph Smith Fought Polygamy
"I had not been married scarcely five minutes, and made one proclamation of the Gospel, before it was reported that I had seven wives.... I am innocent of all these charges.... What a thing it is for a man to be accused of committing adultery, and having seven wives, when I can only find one. I am the same man, and as innocent as I was fourteen years ago; and I can prove them all perjurers."
—Joseph Smith, Jr., 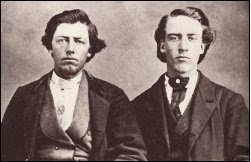