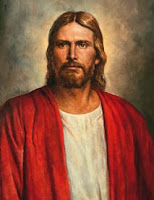 As Mormons our focus of worship should be Jesus Christ. As Mormons and members of The Latter Day Church of Jesus Christ our commitment should be to Christ’s teachings. The prophet Joseph Smith said in 1838 “ The fundamental principles of our religion is the testimony of the Apostles and Prophets concerning Jesus Christ, that he died, was buried, and rose again on the third day, and ascended up into heaven; and all other things are only appendages to these, which pertain to our religion”

As Mormons it must be stated that our religious focus and faith should be based on how our spiritual and moral lives are cantered in Jesus Christ, and Jesus Christ 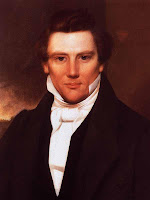 The Apostle Paul said to the church in Corinth “I determined not to know any thing among you, save Jesus Christ, and him crucified” (1 Cor. 2:2) We need to be reminding ourselves in our worship that it is Christ who stands at the head of our church and it is through him that we have been given the duty of the restoration. We are mealy instruments in his hands to do with as he sees fit. We put no claim on the Gospel or restoration being of the making of men, but rather we should see that they are all the will and projects of the Saviour and are his to direct and we are his to command.

However with this in mind it is important that we do not do as other faiths have done such as the Community of Christ and others and resign to the dustbin our roots and our history. We believe in the Prophet Joseph Smith and that he was called by God to stand as a Prophet and to usher in 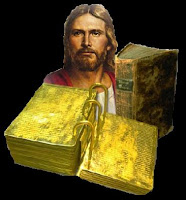 the last dispensation of the fullness of times. We also believe that he was given by the Lord Jesus Christ the privilege and honour of bringing forth the Book of Mormon. Be it known to everyone who reads this address that we stand by our testimony of the prophet Joseph. The point that must be recognised is that it was all the will of Christ the Lord, not of man. To do what the Community of Christ and other s have done and dumb down the importance of the Book of Mormon and the role that Joseph Smith played is to impugn the role of Christ. I always find it odd to see people say that they no longer believe that Joseph Smith was called of God or that he went astray and then on the other hand still regard the book of Mormon as sacred.

The Latter Day Church of Jesus Christ will never relinquish its belief in the Prophet Joseph Smith or the Book of Mormon, just because it is not fashionable or comfortable. Let me state for the record that we believe in Christ, we give his name predominance in the title of our church, but at the same time we stand by the origins of Mormonism and all that goes with it, regardless of how difficult that may be.
Posted by The Latter Day Church of Jesus Christ at 3:43 pm No comments: